After reporting the crime...

When a crime is initially reported to law enforcement, an officer is sent to the crime scene to find out what happened.

The officer will gather evidence and write a report that will be sent to the Juvenile Services Division with a type of charge indicated on the report.

The Juvenile Services Division will then forward any cases that don't qualify for early intervention diversion to the District Attorney's Office.

At this time one of four things will occur

If charges are filed, a victim advocate from the District Attorney's Office will work with you throughout the juvenile court process. You can expect a phone-call from the District Attorney's Office and you will also receive information in the mail that explains your rights as a victim of juvenile crime as well as information to submit documentation for restitution, if you suffered financial loss as a result of the crime.

Generally, the juvenile court has jurisdiction over persons under the age of 18 who commit acts that if committed by an adult would be a crime. This includes violations of city, county, or state laws.

Some crimes, often called "Measure 11 offenses" are handled in adult court. A juvenile, 15 years or older, who commits a Measure 11 offense is considered an adult in the criminal justice process. If the juvenile in your case has been charged as an adult, contact the District Attorney's office for further information about your rights and refer to the crime victim's rights in the adult cases portion of Case Companion.

Youth not Held In Custody

If the youth is not in held in secure custody the Deputy District Attorney will contact you soon after charges are issued. The District Attorney's Office will also mail information to you that addresses Victim Rights and requesting restitution.

Who are my resources at the preliminary hearing?
Multnomah County District Attorney's Office
Victims' Assistance Program
(503) 988-3222

The Court Process: Resolving the Petition

Most cases in juvenile court can be resolved in the following ways:

Admissions (Plea Hearing) Who are my resources at the admissions hearing?

A Victim Advocate from the District Attorney's Office will be available for support if you choose to participate in the hearing.

What are my rights at the admissions hearing?
Multnomah County District Attorney's Office
Victims' Assistance Program
(503) 988-3222

Trial What can I expect if I am required to testify at trial? Who are my resources at the trial?

Disposition Who are my resources at disposition?

No, you are not required to attend, though you have a right to attend and to be notified of the hearing in advance.

What happens when the youth is on probation?

Once the youth is on probation the case will be transferred back to the Juvenile Services Division for supervision for the duration of probation. If you have questions during this time, the youth's Juvenile Court Counselor can provide you with information about your case.

What are my rights at this stage? What if I still need or want a Victim Advocate?

For additional support, contact the Victim Advocate with the Juvenile Services Division. 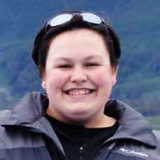 What if a youth commits a probation violation?

What are my rights at this stage?

What are my rights as a victim of juvenile crime?

Crime Victims' Rights in the juvenile justice system apply to the victim of an offense as well as to the parent or legal guardian of a minor victim.

Rights that Must be Requested

After a Youth is Taken into Custody

Rights that must be requested:

If Your Case Goes to Adjudication and Disposition

Rights that must be requested

The following information applies to the victim, or to the legal guardian of a minor child who is the victim.

Can I participate in a Restorative Justice Process?

What is restorative justice?

Restorative justice is a philosophy and practice that encourages constructive responses to harm. It brings the needs and voice of those who have been harmed (victims), those who have harmed (youth), and the community into process that repair harms and rebuild relationships.

How can I find out more about the Restorative Dialogue Program or request to participate?

Contact the Restorative Justice Coordinator with the Juvenile Services Division to learn more about how the process works or to request participation. 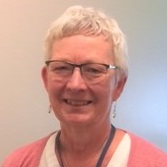 + How can I request victim rights and notifications?

There are multiple ways that you can request victim rights, depending on whether your case is being handled formally in court or informally by the Juvenile Services Division.

In both cases, you will receive a letter in the mail from either the District Attorney's Office or the Juvenile Services Division. This letter will include information about your rights as a victim of crime, a Victim Impact Statement form, as well as a request for restitution documentation, if you suffered financial loss as a result of the crime.

What is restitution and how does it work?

How does the youth earn money to pay restitution? What if there are multiple victims?

Any money the youth pays is divided equally between all the victims.

What if there are co-defendants?

If you'd like to stay informed about your case and have requested rights or restitution, it is important to make sure your contact information is updated. If your case is formal, contact the District Attorney's Office with any updates to your contact information. If your case is informal, contact the Juvenile Services Division. If the youth who caused you harm is under supervision of the Oregon Youth Authority contact the Oregon Youth Authority.

Contact the Multnomah County District Attorney's Office at the juvenile court and ask for Victim's Advocate. They can provide information about the release of property from the police.

What should I do if I believe my rights are being violated?

If you believe your rights have not been honored, you can assert a claim of violation of crime victims' rights. There are time limits for this right. To report a violation of your rights as a victim you must contact the Oregon Department of Justice Victim Rights Program Coordinator.

Helen O'Brien
Oregon Department of Justice
Victim Rights Program Coordinator
Helen.Obrien@doj.state.or.us
(503) 373-7205
Your internet activity may be monitored by an abusive person. Please use caution when browsing our website. Learn more about safety planning and technology from our partners at Tech Safety. To leave this site quickly, click the Leave This Site button, located in the bottom right of your screen.

Was this page useful?

Note that the information here is not all-inclusive and is not intended to be legal advice.